America today remains a pioneer in developing the most innovative methods of destruction known to man. Since WWII, few nations have dedicated more efforts into mass killing than the “Shining City on a Hill.”

The U.S. was the first country to develop – and indeed, use in wartime – the most destructive weapon ever developed and remains proud of it. Some Americans consider the development of the atomic bomb an even higher scientific achievement than the moon landing, revealing an insight into U.S. culture and values. Given that America’s (known) war budget is higher than that of the next 10 countries combined, the U.S. is likely to be at the forefront of destruction for the foreseeable future.

Thus, it is only natural that America is also a pioneer in biological weapons. There is overwhelming evidence that it used biological warfare during its invasion of Korea. Allegedly, it also cooperated closely with the remnants of Japan’s notorious Unit 731. America denies its usage of biological weapons, since it would place the country in violation of the Geneva Conventions.

And then of course there was the anthrax scare of 2001, which America says caused five deaths. The attacks were initially blamed on Muslim terrorists and happened a week after the September 11 attacks. A reluctant investigation showed years later that the attacks had nothing to do with terrorism, Al Qaeda or Iraq. This revelation came after Iraq and Afghanistan had already been invaded and thousands of Muslims killed – with the support of many American people. The strategy worked.

America doth protests too much

Perhaps it should come as no surprise then, that as soon as the pandemic started, America insinuated that the coronavirus was a Chinese bioweapon.

That Wuhan contained both the first confirmed COVID-19 case at the time and a virological research lab turned out to be a useful combination – and was thoroughly exploited. The basic principle fit Joseph Goebbels’ technique of accusing the enemy of what you yourself are guilty of. Thus, America wasted no time in accusing China of perhaps the ultimate biological weapon – lest someone harken back to America’s history of biological warfare and accuse it of the same thing. 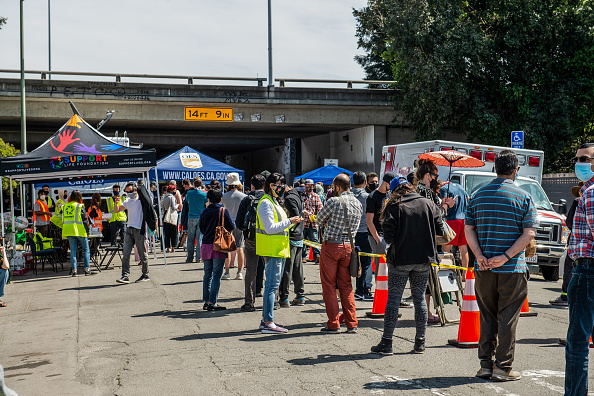 The virus of conspiracy

Into this explosive minefield stepped the World Health Organization – an international body widely perceived as being under Western control. America is the WHO’s single largest contributor of funds. Thus, in accordance with Goebbels’ technique, America accuses China of controlling the WHO.

The bonkers Wuhan lab conspiracy theory was recently dismissed by the WHO as “extremely unlikely.” Most independent experts have always ridiculed it and treated it with disdain. Yet, the U.S. government peddled it often. After all, the more absurd the accusation, the more hatred can be manufactured against the enemy.

When former U.S. President Trump and his cronies – including his Secretary of State Pompeo and multiple lawmakers – claimed that the virus came from a Chinese lab, the U.S. liberal media largely ridiculed them and dismissed the idea. This was surprising, since the media has historically parroted whatever conspiracy theory the government promotes – whether Iraq WMDs or the Nayirah testimony. However, it’s not that they became more human and honest overnight. This opportunistic dissent was rooted more in playing the man and not the ball – they hated not the accusation but the man who proposed it: Donald Trump.

Our man in the White House

Now that he is no longer in power, the U-turn has been as quick as it has been amusing. With Trump gone, the lab leak hypothesis is acceptable and may be deployed safely. And China may be equally safely accused of hiding something – anything – from the WHO. This plays into both an old Orientalist trope (the Chinese are evil and scheming and cannot be trusted) as well as a modern Sinophobic one to manufacture consent for America’s hybrid war against China.

The same outlets that ridiculed this conspiracy theory a year ago now grant it much more coverage. They refuse to dismiss it outright as they once did. U.S. media and pundits once contradicted the U.S. government and agreed with experts. Today, they contradict experts and agree with the government instead. After all, we’ve always been at war with East Asia.