Drawing lessons from China’s victory in the Anti-Fascist War

The commemoration ceremony for the 75th anniversary of the victory of the Chinese People’s War of Resistance Against Japanese Aggression and the World Anti-Fascist War in Beijing, September 3, 2020. /Xinhua

As China celebrated the 75th anniversary of the Chinese People’s War of Resistance Against Japanese Aggression and the World Anti-Fascist War on September 3, some lessons drawn from history came to the fore on the historic day.

The war was unique not only for being the longest that the Chinese people have fought in modern times, but it was also one in which they rendered the greatest sacrifices. Faced with foreign aggression, they valiantly displayed qualities of patriotism and national character that led to their victory.

At home and abroad, over 400 million Chinese veterans and patriots made contributions in all ways that they could, and 35 million gave the supreme sacrifice of laying down their lives in defending their motherland. As the war stretched to an astounding duration of 14 years, it inculcated an equally unrelenting spirit in the people to strive for national rejuvenation.

The Communist Party of China (CPC) fought as a central pillar of the national effort. And when the war was over, the CPC rallied the Chinese people on a journey of rebuilding the country.

Taking socialism with Chinese characteristics at the heart of its commitment, the CPC has since provided the country with leadership and brought China on par with modern nations of the world.

It is important to remember that China was also joined with several other nations in the quest for justice. As the country continued to put up a formidable resistance, foreign governments and friends joined in to boost the war effort against Japan’s invasion.

The level of collaboration observed between China, Great Britain, the Soviet Union, the United States, France and others was unprecedented. Soldiers from foreign countries fought side by side with their Chinese comrades and many even lost their lives. Presenting a united front against the fascist war, they achieved the world’s victory over fascism and their selfless support is still remembered with great fervor.

But of course, today’s is a changed world. China has changed and so has Japan. The two countries now enjoy extremely cordial relations and are working together in many areas to ensure peace and stability in the region and beyond.

The war offers common lessons to the people of both countries, which is why the annual commemoration of its culmination is necessary. History is there to learn from so that they can move ahead in complementing each other’s endeavors in meeting the challenges of the day and prepare for a future where mistakes of the past are not repeated. 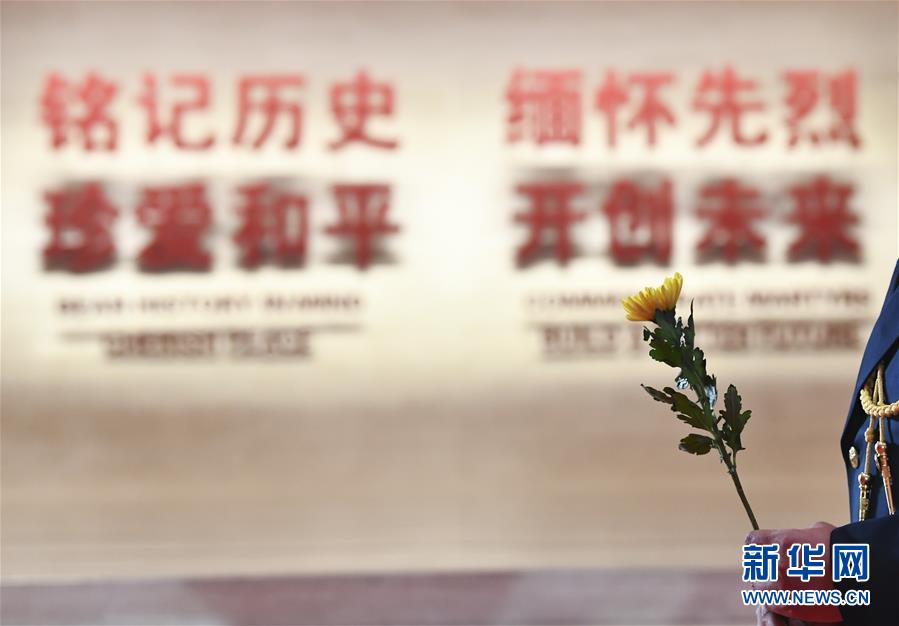 Commemorating the 75th anniversary of the victory of the Chinese People’s War of Resistance Against Japanese Aggression and the World Anti-Fascist War in Beijing, September 3, 2020. /Xinhua

The Chinese nation is now about to win a different kind of battle. It is the battle against poverty and the quest of building a moderately prosperous society. The pursuit of socialism with Chinese characteristics is promising a future of national rejuvenation and, at the same time, the spirit of resisting aggression continues to run deep in the nation’s character.

To mark the anniversary of the War, President Xi Jinping attended a commemoration ceremony and then addressed a symposium, laying out guidelines for participants of the symposium and for the Chinese nation. He advised a continued commitment to a people-centric philosophy, carrying forward of fighting spirit and firmly staying on the path of peaceful development.

With the initiatives of China and like-minded countries, a mechanism of global cooperation was established after the war in the shape of the United Nations. As a permanent member of the organization’s Security Council, China has made historical contributions to maintain the post-war international order and uphold the multilateral spirit that has avoided a return to the fascist tendencies that led to the war.

It is pertinent, therefore, that all peace-loving nations adhere to the UN’s calls for making joint efforts in solving global problems and focusing on improving people’s lives; because if we do not draw lessons from history, fascism can still return from the world’s fringes to challenge the creation of a community with a shared future for mankind.

Imports from Rasuwagadhi and Tatopani transit to resume